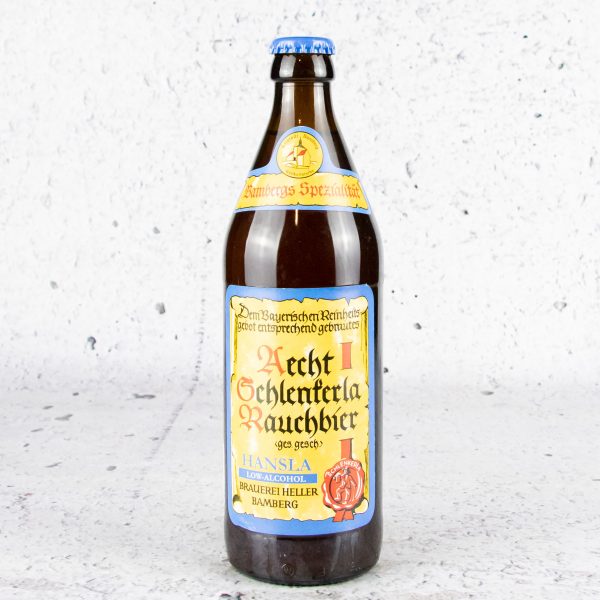 Low alcohol smoked beer. In the past, due to lack of hygiene, drinking water was usually polluted with illness-causing bacterias. Beer did not contain such pathogens, as it was boiled and hopped. Therefore, until the end of the 19th century, beer was the preferred daily beverage. To keep a clear head, Bamberg’s brewers had a special brewing technique to make low-alcohol beer. Hoppy, mildly smoky and with less than 1.2% alcohol the unfiltered Aecht Schlenkerla Rauchbier Hansla brings back this old Bamberg brewing tradition. – Schlenkerla