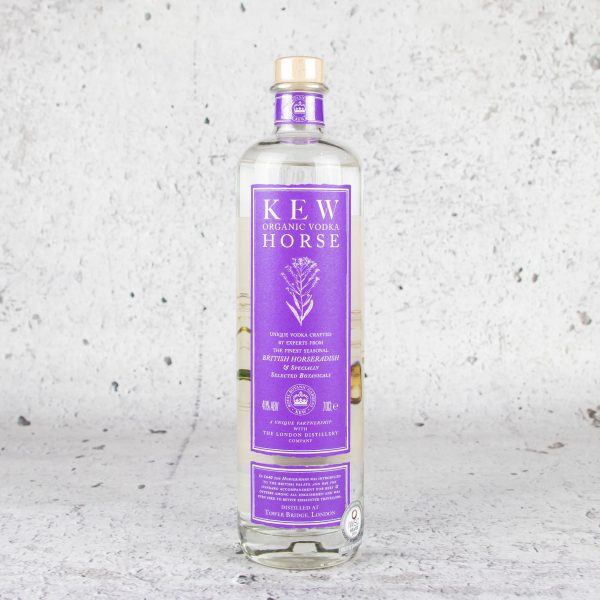 Ever since horseradish was introduced to the British palate in 1640 it has enjoyed favour as a reviver for weary travellers and as an accompaniment to the traditional Sunday dinner of roast beef.

What better hero botanical for our organic London vodka? Showcased alongside citrus spice from coriander seed and rounded, nutty notes of sloes, the gentle warming spice of the horseradish makes this eccentrically splendid vodka a cheeky nod to British whimsy. (Producer’s notes)