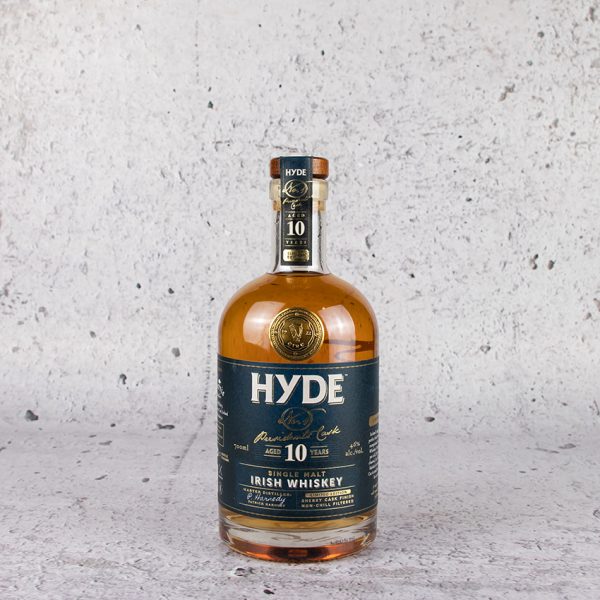 Hyde 10 Year Old No. 1 President’s Cask is limited edition single malt Irish whiskey, released by Hibernia Distillers. This expression takes its name from Douglas Hyde, who served as the first President of Ireland from 1938 to 1945. The whiskey comes from one Irish distillery (as we said, it’s a single malt) and which was initially matured in bourbon barrels before enjoying a finishing period in first fill Oloroso Sherry casks. It’s bottled at 46% ABV without chill filtration. A release of 5,000 bottles. (Producer’s notes)