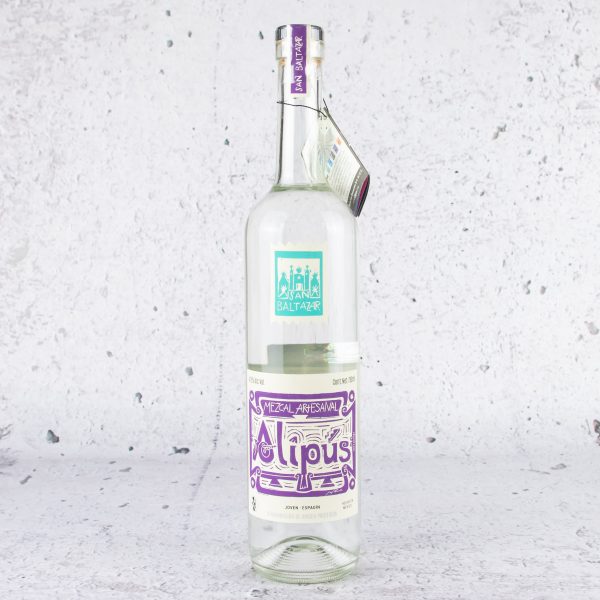 Alipús Mezcal originated in 1999 as a social impact project by Distilería Los Danzantes that sought to support traditional family producers. Today they work with nine mezcal producers in Oaxaca, all of which contribute to the development of rural economies.

The agave Espadin used in Alipus San Baltazar is grown at 4,100 feet on relatively open hilly countryside. The soils are calciferous and rocky. Don Cosme Hernandez and his son Cirilo ferment this Mezcal in very old pine vats. This Mezcal is characterised by the nature of the agave, its cooking and the strong minerals in its soil, especially its fermentation, as the large tubs allow for sweet tastes of the maguey to remain in the finished product. (Producer’s notes)