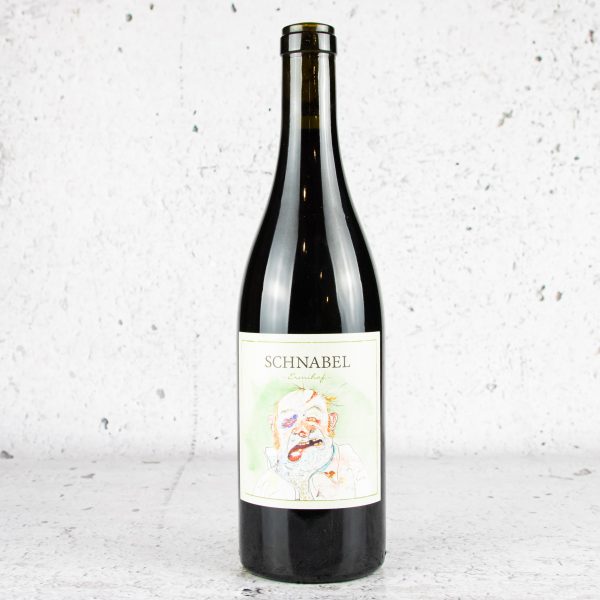 Just over 300 million years ago, the Sausal mountain rose from the surrounding plains in the area that would eventually become South Styria. This violent motion and compression caused the formation of schist and also meant that the mountain is essentially free of any calcareous elements, while the soils of the gently undulating plains are influenced by the fact that they were once at the floor of the ocean.
What this means is that the Sausal mountain is made up of profoundly schist and quartz based soils with very, very little organic matter but with the capacity to produce some of the greatest wines we’ve ever experienced.

Karl and Eva Schnabel planted their vineyard here nearly 20 years ago and today it vibrates with pure energy. Schnabel is a real reference point when it comes to biodynamic farming and meticulous wine making. His application of biodynamics is very specific to his particular vineyard and he prefers to make all of his treatments himself at the farm. His own small herd of cattle are an intrinsic part of this picture. Much like Mon and Tim at Manon, Karl’s work focuses on working with life rather than trying to control it. This translates to more native plant life in the vineyard and therefore a greater array of insects and ultimately more biodiversity beneath the soil also. Thus, the vines have access to a greater array of nutrients following the natural decomposition of grasses and herbs above the soil. Here we see better disease resistance, healthier fermentation and more stable wines with a lower PH.

In the winery, Karl simply wants the wines to be pure, correct and precise – and thus terroir reflective and delicious. Otherwise, it’s a simple matter of cleaning very well at the right time and only ever allowing perfect fruit into the tank. This sounds very simple but really the opposite is true, it really is a lot of work. As always, every new bottle is rinsed with source water before being filled with wine. Most of the houses in this area have a ‘source’ or small well that runs directly from an extraordinarily pure spring. It’s another added touch that Karl feels is very important. In short, a staggering amount of extra work goes into every bottle of wine that comes from this winery.

Sausal is a blend of all their red wine sites and in 2017 is roughly 80% pinot noir. In general, this cuvee is macerated for a little less time than the single vineyard wines and in 2017 it is fragrant and silken (and only 10% abv). This has supple texture but invigorating freshness and is simply brilliant with or without food.