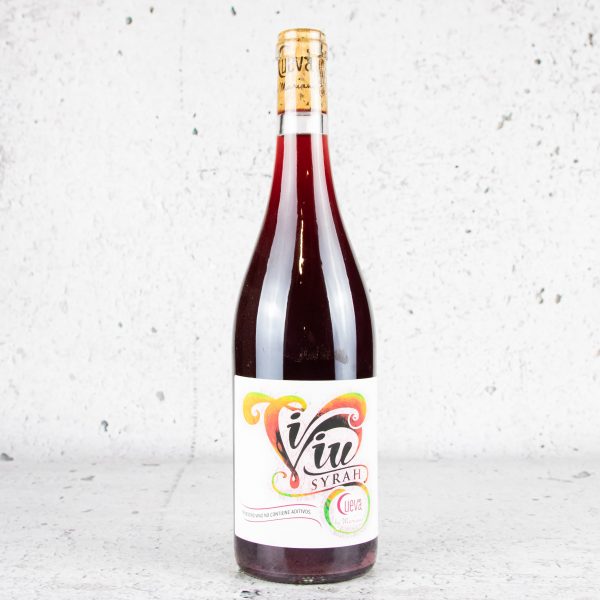 Bodega Cueva wines are produced by the humble master Mariano Taberna. The Bodega Cueva has been producing wine since the 18th century and Mariano has been the custodian there for more than 20 years. His vineyards are farmed organically & biodynamically and consist of mostly local varieties including Bobal and Tardana with some Macabeo, Tempranillo, Syrah and Moscatel. In the winery Mariano works with incredible attention to detail. The wines are totally precise and represent their terrior and respective varieties with complete clarity.
The 2017 Vi Viu was made from 100% Syrah. It was a sunny year in Valencia and the grapes were left to ripen until the absolute peak of deliciousness before being hand harvested. Whole bunches were placed into his fibreglass tanks to undergo a light maceration for just a handful of days and spontaneous fermentation begins before it is pressed off into another tank where it finishes fermenting and is left to mature for 8 months before being bottles. No additives are used throughout the entire winemaking process, including sulphur.
The result is one of the most elegant, pretty, aromatic, juicy & pure light red wines we have ever had the pleasure of drinking! Best enjoyed slightly chilled.