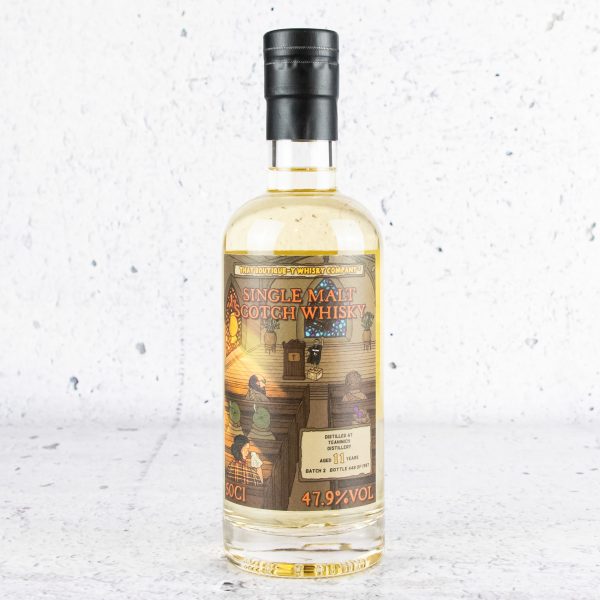 Built in 1817, Teaninich is a Highland single malt distillery. It’s quite unique-y really, instead of a mash tun, it uses a filter press to extract the sweet sugars from the malt. There is much mystery surrounding the distillery, so we did as all Boutique-y’s do and went to town on the label – see below.

The Label
Based on a true love story from many years ago about Captain Hugh Munro (founder of this distillery). He was shot in the head behind his eyes but, he survived! Unsurprisingly, he lost his eyesight as a result. His sweetheart was forbidden from marrying him due to his condition, so she married someone else. Despite their differing paths, she continued to love him and as her dying wish, visited the church to see him one last time. – Benrinnes