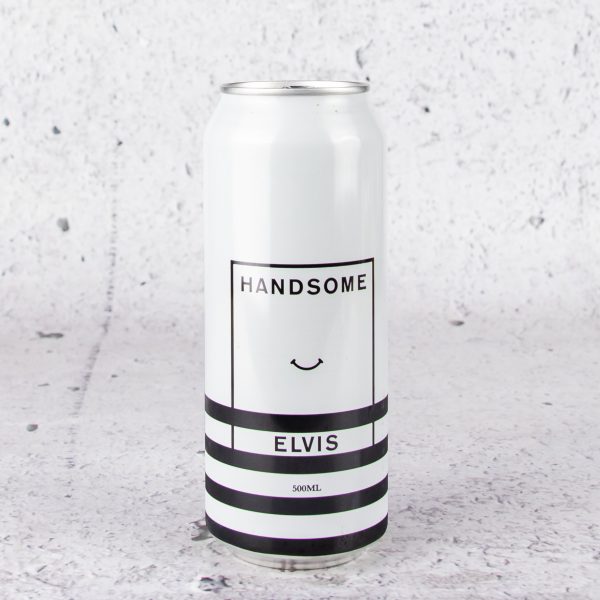 Introducing Handsome Elvis – a special release stout to get your tastebuds crooning.

Some celebrities have a reputation for being angry and bitter, only approached with caution. Not Handsome Elvis. He welcomes everyone with a warm disposition and sweet notes. Are we talking about celebrities still? No, we’re talking about Balter’s latest beer. This special release stout is one you might think too big to tame, but in reality is smooth and accessible.

“This stout really embodies our mantra that ‘good beer is for everyone’,” says Balter Head Brewer Scott Hargrave. “It’s got plenty of taste and character, but is something most beer drinkers could ease their way through during a winter get together. It’s like an accessory to great conversation.”

One talking point of this release is the challenging process of Balter adding some drops of liquid nitrogen during canning. The technique creates creamy bubbles which rise up in a cloud when poured. It was this added highlight that nearly saw the whole batch poured down the drain.

“We wanted to put a tiger in the tank and it almost bit us in the balls,” laughs Hargrave of the experience. “It took a lot of experimentation to get it right and at one point we didn’t think we could pull it off. The team got it right it the end though. That bit of pain was totally worth it. It really is the cream on the chocolate cake with this one.”

Packaged in a 500ml ‘jail stripe’ can to salute The King of jailhouse rock, Balter’s Handsome Elvis goes a little something like this…

Smooth back your sideburns and zip up your jumpsuit – this sweet and velvety milk stout is ready to put on a show. A cascading curtain of nitro bubbles rise to set the stage for a hip-swivelling concert of hazelnut, espresso, chocolate and berry, finished with a Kung-Fu kick of bitterness and ultra-creamy mouthfeel. Shake up the night (and this can) Handsome Elvis is here to play. (Producer’s notes)