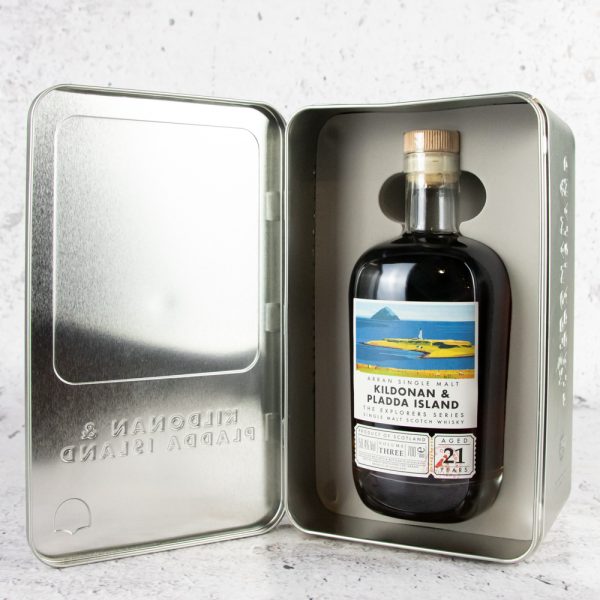 The Arran Explorers’ Series is a collection of limited edition expressions of The Arran Single Malt. Each edition celebrates the outstanding scenic beauty and diversity of nature on the Isle of Arran.

Kildonan village is situated on the southern coast of the Isle of Arran, not far from our own new Lagg Distillery. The small pear-shaped island of Pladda is just 1km from the coastline. The privately-owned island is home to Pladda lighthouse which was designed by Thomas Smith and is still active today. Established in 1790, the lighthouse has a commanding position at the southern end of the island. The stunning view of Pladda can be seen clearly from Kildonan which is home to Silver Sands, one of the most beautiful beaches on Arran. Kildonan also boasts a castle which along with Lochranza Castle and Brodick Castle were important fortresses guarding Arran’s strategically important position in the approaches to the Firth of Clyde.

This view of Pladda Island and Ailsa Craig from Kildonan is best taken in with a dram of The Arran Single Malt in hand. This particular expression is 21 Years Old and has been matured in Ex-Sherry Butts and Puncheons before being finished in Ruby Port Casks sourced directly from Portugal. The resulting whisky perfectly captures the breathtaking views of this part of the island. Take your senses on an adventure around the Isle of Arran. – Isle of Arran Distillers