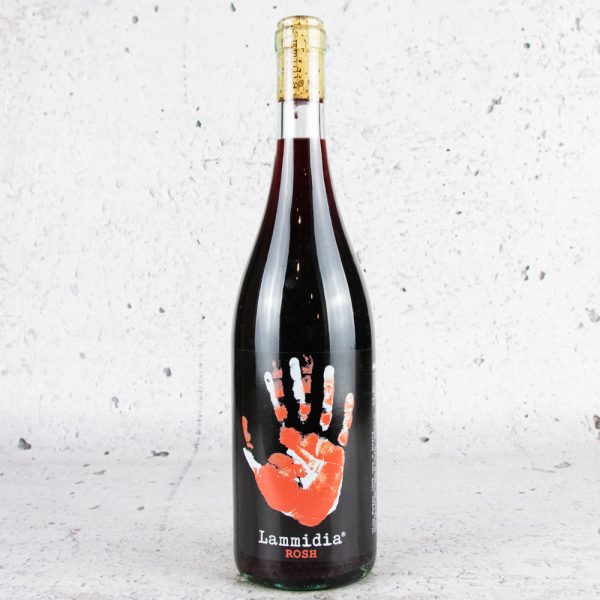 95% Montepulciano lifted with 5% Trebbiano. Semi carbonic vinification, with the half the fruit destemmed then pressed and the other half as whole bunches., fermented in concrete vats for two weeks with submerged cap, finishing ageing in concrete.

Lammidia was started in 2010 by two good friends, Marco Giuliani and Davide Gentile who grew up in the Hills of Pescara Colli in eastern Abruzzo. These two young Abruzzese have been friends since they were three years old. They spent time learning from some of the biggest names of the ‘Natural’ wine world throughout both France and Italy. The influence of harvests with Jean Foillard and La Coste where they learned respect for soils, grapes and nature deeply show both through their wines and overall philosophy.

They have around 5 hectares of vines 700 metres above sea level in the hills above Pescara in the small village of Villa Celiera. They also farm two ½ hectare sites nearer the coast, with a focus more on white varietals. Last year they planted a further 2 hectares to more experimental Italian and Western varietals. The majority of their vines are planted to Montepulciano and Trebbiano d’Abruzzo but they also have a little Pinot Noir, Barbera, Pecorino and Moscato. They do not move the earth in the vineyards at all but cut surrounding plant life and leave it as mulch on the soil to keep in moisture and to protect the surface. In the cellar, they work predominantly with cement tanks but also use mediums such as Anfora and Fibreglass for some cuvees. – LoFi Wines