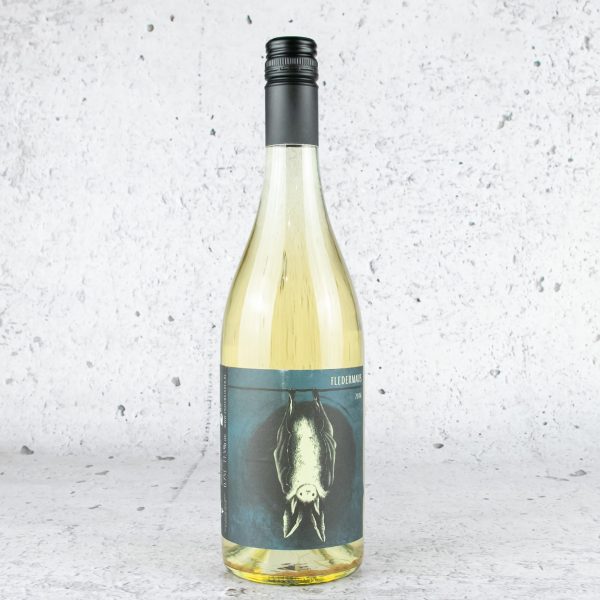 The second generation of the white “Fledermaus” has been harvested in September (Müller-Thurgau) and October (Silvaner) 2016 and bottled in February 2017. It consists of about 75% Müller-Thurgau and 25% Silvaner. The whole Müller-Thurgau clusters were pressed, the juice sedimented, racked and aged on the full lees. Until some point in winter when one of the tanks became oily. We decided to filter the tank and re-vitalize it by stirring in the lees from a different Müller-Thurgau tank. It worked really well. Phew. The Silvaner batch is the pre-harvest from two skin-fermented batches. Those Silvaner vineyards had sunburn so in a first round of picking grapes all the ones with sunburn were put in extra boxes, fermented with a short maceration time and fermented in the tank. – 2Naturkinder