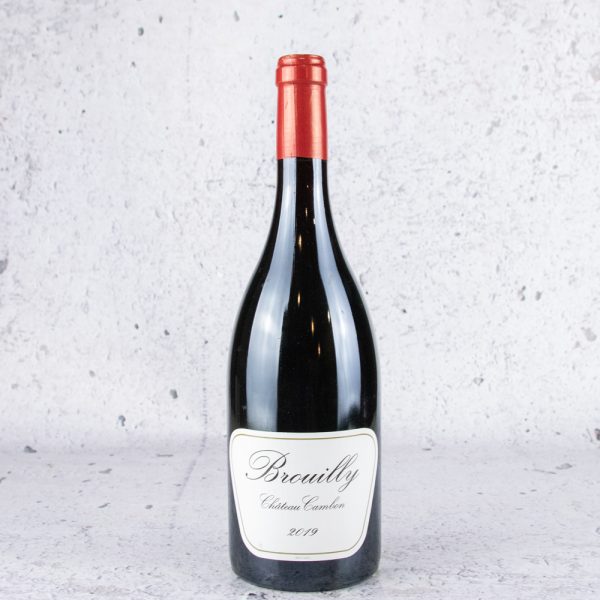 From a forgotten vineyard caught between Morgon and Brouilly, originally planted a century ago, Chateau Cambon is the creation of a cult-Beaujolais triad; the coming together of (the late) Marcel Lapierre, Jean-Claude Chanudet (w/wife Genevieve) and Joseph Chamonard. Using natural yeasts, aging in 200 year-old foudres and bottling with little or no SO2

Joseph Chamonard was probably the least-known of Beaujolais’ Gang of Five (Yes, Kermit Lynch dubbed them the “Gang of Four” but left out Chamonard, which doubtless explains his low profile). Along with Marcel Lapierre, Guy Breton,  Jean-Paul Thévenet, and Jean Foillard, he helped show that there was far more to Beaujolais than Nouveau. For many years, he produced world-class Morgon from his 10-acre estate in Corcelette, just a short drive northwest of the town of Villié-Morgon. Chamonard’s daughter Genevieve married Jean-Claude Chanudet, himself a proponent of minimal-intervention winemaking, and in 1990, after Chamonard’s death, they took over management of the estate. In 1998, the property was renamed “Domaine Chanudet.”

Chanudet, like his late father-in-law, has never bothered to obtain “biologique” certification. Nonetheless, he operates his vineyard organically, picks later than most of his neighbors, relies only in part on the typical carbonic maceration technique, and uses indigenous yeasts to start his conventional fermentation. He makes minimal use of sulfur – Suppliers notes