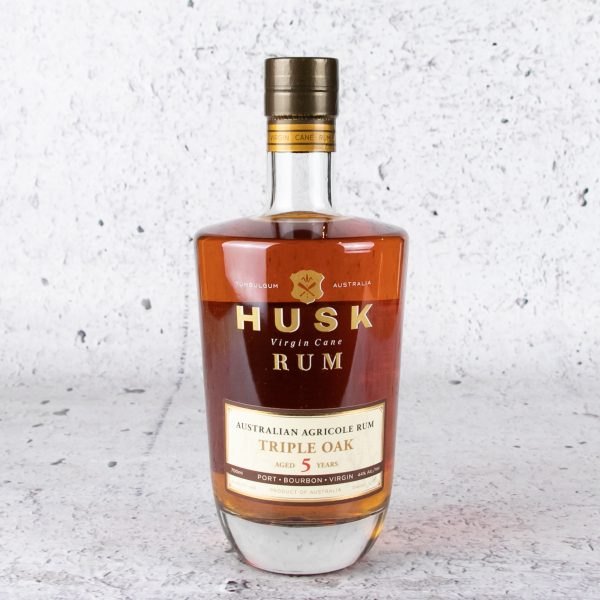 This 2019 release of our premium sipping rum is Triple Oak. Triple Oak is a masterful blend of three barrels – ex-port, ex-bourbon and new American Oak. These barrels were filled with our Australian Agricole rum, which was distilled in 2013 in our old 1000L copper pot still from first press cane juice. The barrels rested for 5 years. For the rum connoisseur, the resulting blend allows the drinker to trace back to each barrel the flavours and aromas it encapsulates.

Ex-port barrel. This very old barrel had aged port for several decades. It imparted old oak and rich port-like notes into the rum.

Ex-bourbon barrel. This barrel from Kentucky had been filled with bourbon, emptied, shipped over to Australia and then filled. It was most neutral barrel that allowed the rum to naturally and slowly develop beautiful fruity aromas.

Virgin American Oak (char #4). As a brand new barrel, the new wood had a heavy influence on the rum which picked up deep oak flavours with hints of coconut. The heavy char helped the release of sought after compounds such as vanilla while also allowing the rum to extract more tannin from the wood. – Husk Distillers