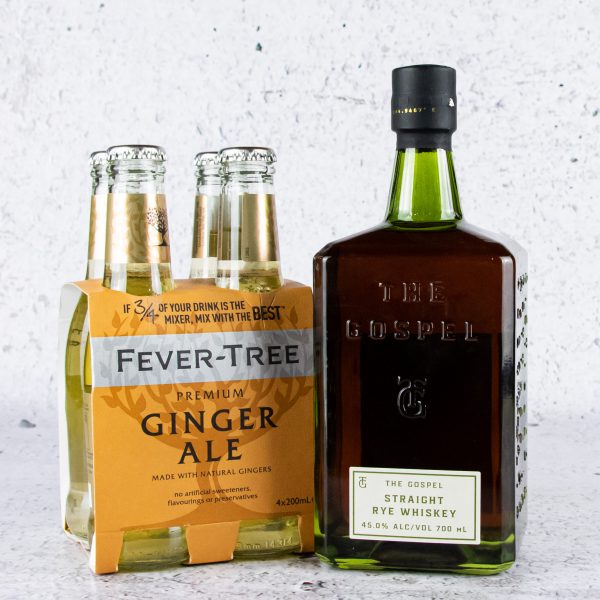 Made using 100% Australian grown rye from a single farm in the Murray Mallee region of South Australia, The Gospel Straight Rye Whiskey is full of the character from the soil from which it originated. The whiskey is aged in charred, new American oak barrels to embody the characteristics of traditional rye whiskey while having a nuance that is distinctly Australian.

Receive a complimentary Fever Tree Ginger Ale with every purchase. Until stock lasts.