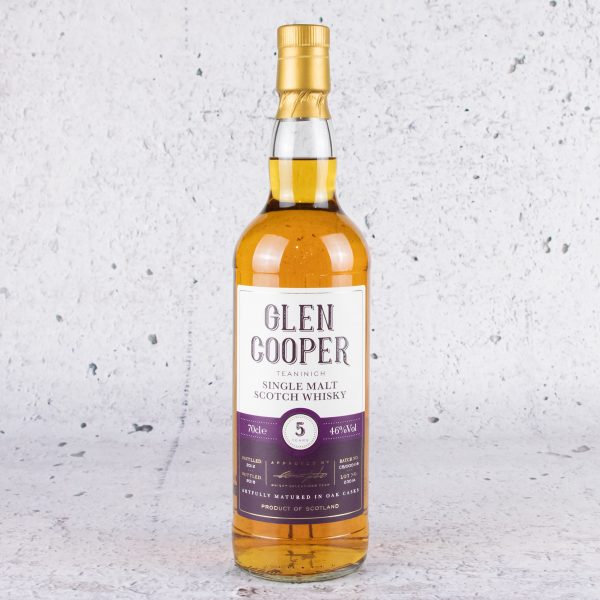 The Glen Cooper series honours the regional styles of single malt whisky that can be found across Scotland’s distilleries. This particular malt celebrates the Highland style and comes from Teaninich Distillery in the northern Highlands, one of very few distilleries in Scotland to use a mash filter rather than a mash tun. The result is a clear spirit, with hints of grassiness, somewhat reminiscent of Japanese green tea. The whisky has been maturing for five years in our traditional dunnage warehouse at Coleburn Distillery under the watchful eye of our team. Predominantly ex-bourbon casks have imparted delicious notes of vanilla and toffee to our whisky – non chill-filtered to preserve the maximum flavour. Producer’s notes