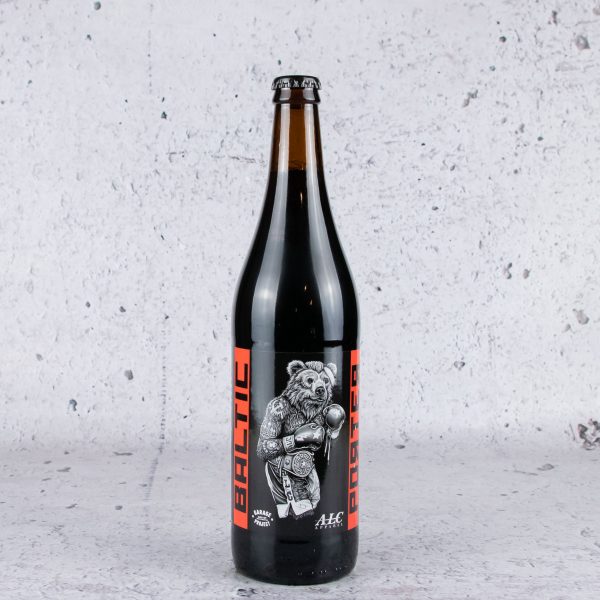 Once upon a time the English would ship dark beer to the Baltic states. It would be higher in alcohol to survive the long journey and it would have other flavours, including additional hops to help it on its way. Once the Baltic States realised they could make this beer themselves they began to brew darker beers, but due to the colder climate and the inability for temperature control, the beer would be lager based. Lager yeast can survive in a much colder environment than that of an ale and still ferment properly so it became fitting that this beer was associated with this colder part of the world. Brewed in collaboration with ALC clothing we have kept the higher ABV and added a touch of Beechwood smoked malt to create a complex experience between the look of a dark beer and a higher ABV, with the lightness of a lager style and a subtle smokiness, as well as a boxing bear on the logo. Other iterations of this beer include barrel-aged Baltic Porter. – Garage Project