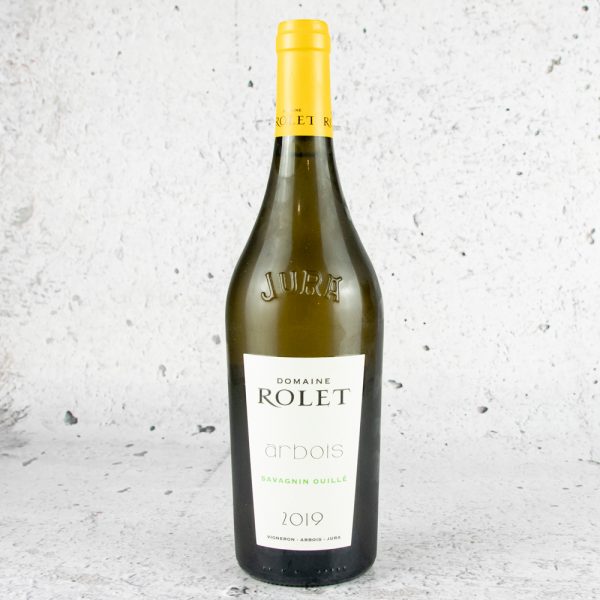 Domaine Rolet was founded in 1942 by Désiré Rolet. His four children took over operations in 1958, with Bernard and Guy taking charge of the vines and vinification, and Pierre and Eliane running marketing. Over the years, the domain has acquired prime old vines across Arbois, Côtes-du-Jura and L’Étoile appellations (the region’s wines fall under five core appellations in total) and now spans 65 hectares.

The siblings farm sustainably and harvest the fully ripe grapes by hand—which is difficult work among the steep slopes. No synthetic chemicals are used and the soils are constantly ploughed.

Five main grape varieties are used in the region’s wines—three traditional and two imports. Poulsard is a red grape that accounts for one-fifth of the region’s plantings, while trousseau requires high levels of sunshine to mature and hence covers only the warmest 5% of Jura’s vineyards. White Savagnin, also known locally as naturé, is used in all of the region’s appellations and is the grape behind those delicious vins jaune. Pinot Noir and Chardonnay are the two imports to the region, with the latter known locally as Melon d’Arbois and now comprising 50% of total plantings. – Suppliers notes